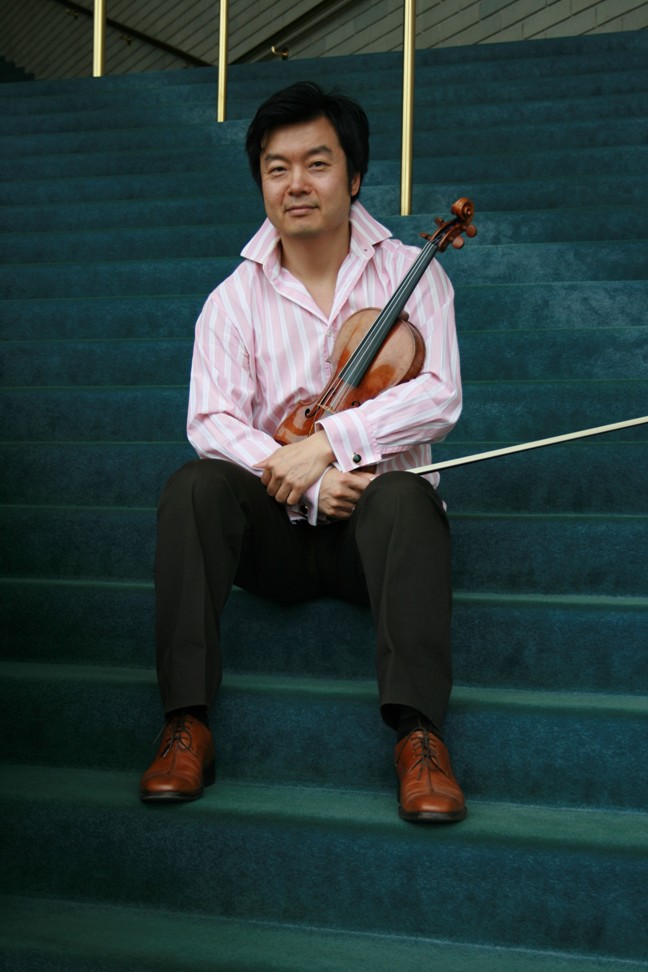 Violinist, David H. Park, ‘a soloist with extraordinary artistic gifts’ (Salt Lake Tribune), ‘that commands respect’ (Le Journal Sud Ouest), started playing the violin at the age of five in Seoul, Korea. Park has studied with two of the most distinguished pedagogues, Josef Gingold and Dorothy Delay. He received his Bachelor of Music at the University of Indiana and Master of Music at the Juilliard School. At the age of 14, he was one of the youngest students of the legendary Jascha Heifetz.

Park maintains a balance between his engagements as soloist with orchestras throughout the world and his recital and chamber music activities. Park appeared as a soloist with the Utah Symphony, the Seoul Philharmonic Orchestra, the New York Festival Orchestra, the Korean Chamber Orchestra, Aspen Music Festival Orchestra, the Daegu Symphony, the Inchon Symphony and the Santa Ana Symphony. Park has given recitals in many of the world’s great concert halls including Carnegie Weill Hall and Alice Tully Hall in New York, Salle Pleyel in Paris, and Sejong Music Center in Seoul. Park has also performed on national television and radio broadcasts in the United States, France, Hong Kong and Korea. Recently, he has been featured on CBS 2 News and FOX 13 News, as well as Sirius XM National Radio hour-long program of live performance and interview on Bach Sonatas and Partitas. Furthermore, Park has participated as both soloist and chamber musician in music festivals of Aspen, Santa Barbara, Vienna, and Aix-en-Provence.

Some of Park’s highlights include his first return to Seoul, Korea, performing the Lalo Symphonie Espagnole with the Seoul Philharmonic. Park made his New York debut performing Vivaldi’s Four Seasons in Carnegie Weill Hall. Also, making his debut in Aix-en-Provence Music Festival, he performed both solo and chamber music in collaboration with Augustin Dumay which was broadcasted nationally by France Musique, the premier classical radio station in France. In a highly anticipated Cultural Exchange Gala Concert, Park soloed with the Pyongyang State Orchestra of North Korea. Recently, he performed with Roanoke Symphony, Crown City Symphony, Pan-Asia Symphony Orchestra in Hong Kong, and Seoul Philharmonic Orchestra as a Guest Concertmaster. Furthermore, Park was invited to give a recital for the Musique au Coeur du Medoc concert series in Bordeaux, France. He has presented rare series of concerts pairing Stradivari and Guarneri del Gesu violins with critical acclaim. In 2012, Park will make his debut at the Merkin Hall in New York soloing with the Ureuk Symphony Orchestra.

Park is a Professor of Violin at the University of Utah. In 2005, Park held a position of Distinguished Artist at the University of California Santa Barbara. He has served on the jury of the Irving M. Klein International Competition in San Francisco. As a concertmaster, he has worked with Leonard Slatkin, Myung Whun Chung, Joseph Silverstein, John Williams, Keith Lockhart, Robert Mann, and Reinhart Goeble of Antiqua Cologne. 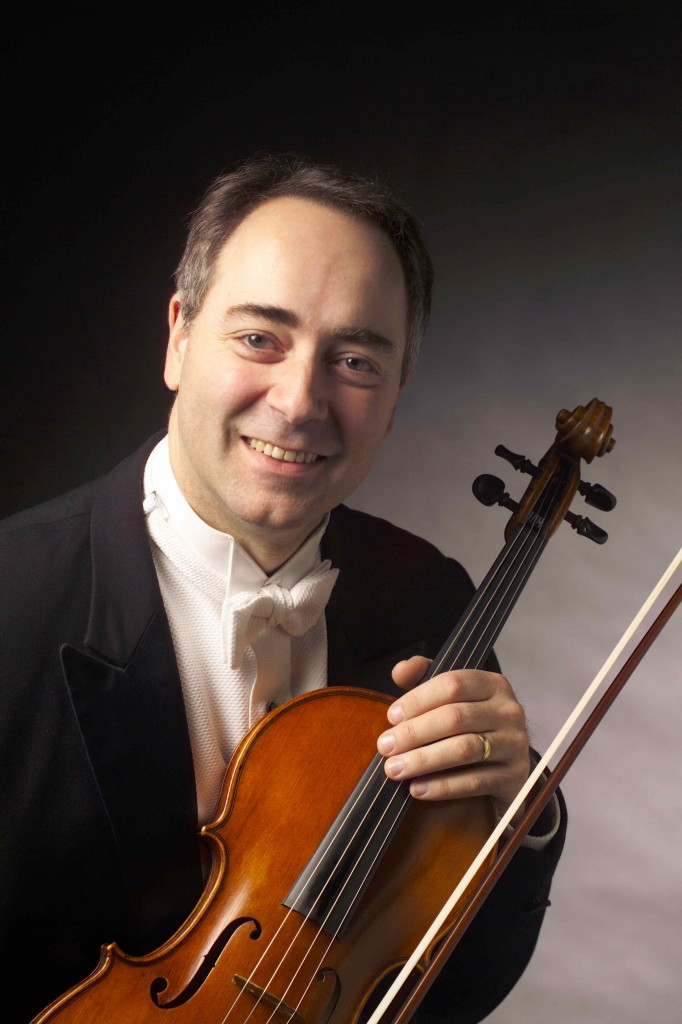 Bernard Di Gregorio, Violist, holds the position of Principal Viola with the West Virginia Symphony Orchestra and Violist of the Montclaire String Quartet, the resident ensemble of the West Virginia Symphony. Along with his symphonic and quartet responsibilities, he also holds the position of Artist-in-Residence with the West Virginia Symphony Orchestra. Through this program he teaches classes of string playing pedagogue in the public schools around Charleston, WV. Not only is he a strong believer of music being part of the public school curriculum, his career is also a result of such a program during his upbringing in the Boston, Massachusetts area.

Being active as a performer takes him to many different areas of the country. In the summer months he is a member of the New Hampshire Music Festival Orchestra and he has also been a member of the Alabama Symphony Orchestra. Mr. Di Gregorio has performed with the Columbus (Ohio) Symphony, and he has been the Assistant Principal Viola with the Wintergreen Music Festival. Other local orchestral engagements have included Principal Violist with the Seneca Chamber Orchestra and the Ohio Valley Orchestra in Gallipolis, Ohio.

Mr. Di Gregorio has appeared as a soloist with the Roanoke (VA) Symphony Orchestra, where he has also been Principal Viola since 1991. As a recitalist he has performed on Kanawha Forum Recital series in Charleston, the Hollins College Artist Series, and various other venues in his home area. He has also performed as guest artist with the Montclaire String Quartet in the past and each summer is part of the New Hampshire Music Festival Chamber Music Series.

As a composer, his Symphony for String Orchestra was premiered by the Seneca Chamber Orchestra in May 2003, and “Scenes From the Old Country” for Cello and Piano, written for and performed by his wife, Andrea Di Gregorio of the Montclaire String Quartet, was premiered in Charleston and also performed in the New Hampshire Music Festival Chamber Series in 2009.

Mr. Di Gregorio maintains his own private studio at home with students of violin and viola. Working with the West Virginia Youth Symphony as a sectional instructor and chamber music coach is also part of his schedule.

He has studied at the New England Conservatory of Music and holds a diploma in viola performance from the Longy School of Music in Cambridge, Mass. where his principal instructor was George Neikrug. 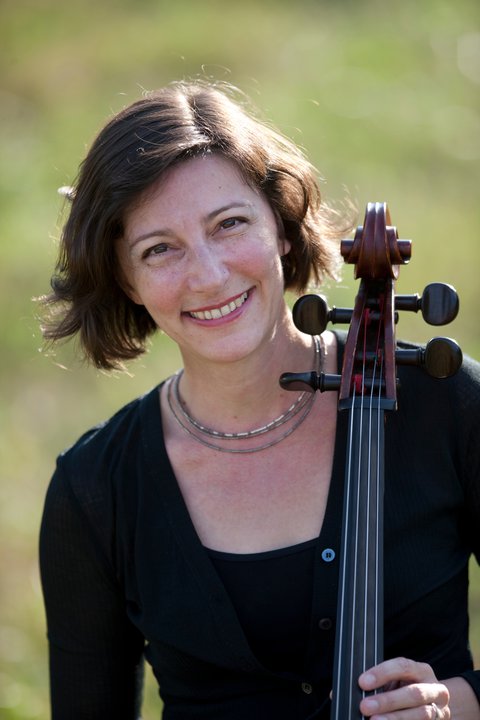 Sarah Kapps, Cellist, and Native Philadelphian has an active and diverse musical background that has taken her across much of the globe as soloist, chamber musician and orchestral member. She was a founding member of the Denali String Quartet and later came to serve on the faculty at The University of Texas.

In summers, she has been a long-time member of the Wintergreen Festival Orchestra and Academy faculty. She has also taught at Oklahoma Baptist University, the Pan-American Music Festival and at St. Joseph’s University. In her various positions as a cello instructor, she has also been able to make arts advocacy an important part of her educating endeavors. Since 2004, she has successfully tricked more than one thousand young people into enjoying Mozart Operas!

Current appointments include performing with and serving on the Artistic board of Bent Frequency, an avant garde performance ensemble; and cellist of the newly forming Amalgamas Quartet. Sarah Kapps holds degrees from The Manhattan School of Music and The Mannes College of Music, and has studied with Paul Tobias and Peter Wiley of the Guarneri Quartet. She lives in Atlanta with her husband, pianist Peter Marshall.

John Smith, bassist, performs regularly with numerous professional orchestras including the Roanoke Symphony, where he is Associate Principal Bass. He also performs with Opera Roanoke and the Wintergreen Festival Orchestra, and serves as librarian of the RSO. A Professor of Double Bass at Roanoke College and Liberty University, Mr. Smith serves as an active clinician and instructor for the region. He has toured Germany, France, Italy, and Switzerland with orchestra. He received his B.M. from George Mason University and his Artist Diploma studies at the Boston Conservatory. 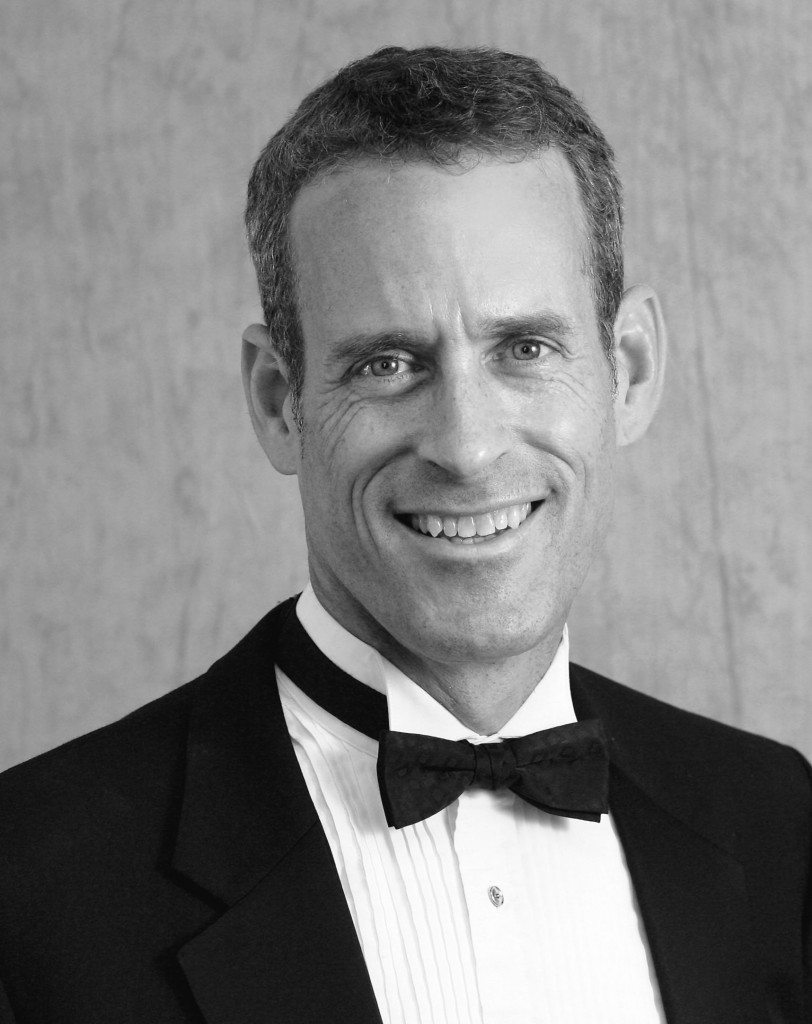 Peter Marshall, pianist is one of the more versatile musicians in the Atlanta area. He performs on piano, harpsichord and organ in a variety of settings. He has appeared as a soloist with major orchestras in Atlanta, Washington, D. C. (National Symphony), Richmond, Norfolk (Virginia Symphony), Buffalo, and Columbus (Ohio), as well as with the chamber groups Hesperus and Folger Consort, and has given solo recitals in the United States and abroad.

Marshall holds the Hugh and Jessie Hogson Keyboard Chair at the Atlanta Symphony Orchestra, and performs numerous concerts with the ASO throughout the year. He was featured in Manuel de Falla’s Concerto for Harpsichord with the ASO at the Ojai Festival in 2006, and was the organ soloist in Janacek’s “Glagolitic” Mass at Carnegie Hall in 2010. He has been a guest in three Wintergreen Festivals: as a pianist in 2008, accompanying Christopher Pulgram in recital, and in various chamber and solo works; as a harpsichordist in 2010, in concerto, chamber, and solo appearances; and as an organist in 2012, in solo recital, concerto, and chamber music appearances.

Active as an accompanist and coach in Atlanta since 1993, Marshall is in frequent demand as a pianist in vocal and instrumental recitals, and has appeared with Bent Frequency, Sonic Generator, and the Southeastern Festival of Song.

Dr. Marshall joined the faculty of the Georgia State University in 2001. He had chaired the organ department at the Catholic University of America from 1984 to 1993, having previously taught at Duke University and served as its Chapel Organist. He holds degrees from Oberlin College and Yale University and studied at the Musikhochschule Lübeck as a Fulbright Scholar.